Jordan takes a look at a few major releases we’ll be adding to our test lab over the coming months and the impact they might have on testing and QA.

With our ever growing device lab here at Zoonou, we endeavour to keep up to speed with the latest news on all the major upcoming mobile and tablet releases. Our in-house device guru, Jordan, will keep you up to date with how these will affect the world of development and what it means for software testing.

The iPhone 8 is expected to be Apple’s biggest release in years and a key device to mark the 10th anniversary of the iPhone. The iPhone 7 was only released in September, but with only minor upgrades, Zoonou as well as many other iOS fans are eagerly awaiting the new model.

What to look out for in Testing:

Off the back of the success of the Galaxy S7, Samsung are releasing the Galaxy S8. Like the iPhone 8, to accommodate a larger screen Samsung are removing the physical Home button that we have all become so used to, with the fingerprint scanner also being relocated to the rear of the phone. Samsung has confirmed that its new AI assistant, called Bixby, will take on Apple’s Siri and Google’s own Assistant on the Galaxy S8. We can’t wait to get our hands on what is expected to be a very innovative handset. 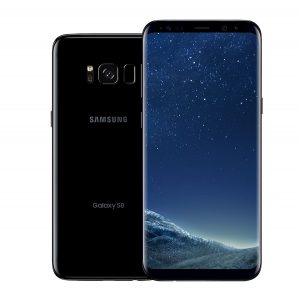 What to look out for in Testing:

LG, following in the footsteps of Apple and Samsung, and not far behind in our opinion, are releasing their new flagship model, the G6 in the coming weeks. Zoonou have kept their ear to the ground and can say we’re quite impressed with what LG have come up with. Following the trend, the G6 is going to be mainly screen, with sleek slimline bezels. It’s water-resistant, uses Gorilla Glass 5 on the rear (although there’s still some confusion as to whether the front is Gorilla Glass 3 or 5) and a metallic rim to hold it all together. 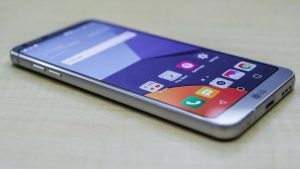 What to look out for in Testing

For more information on our Device lab and the large range of devices we have available to test on, please see our Device Lab page. For more details on our compatibility testing service please contact us at info@zoonou.com and one of our team will get back to you. If you’d like to get in touch about anything else, please head over to our Contact page.

Points raised in this article are based on general rumour and should not be used as actionable advice until specifications are confirmed.

Published by Jordan Stanley
on the 5th April 2017

Keep up to date with the latest news from Zoonou

Get up-to-date information on our business and services by email. You can unsubscribe at anytime, and we will not share your data with any 3rd party marketing organisations. Read our Privacy Notice.