Working with Jaguar Land Rover (JLR), Conjure created a world-first mobile application. ReRun allows drivers to connect with both a GoPro camera attached to their car and with data from Jaguar’s InControl infotainment system, to generate video footage of their journey overlaid with real time performance data from the Jaguar F-Type such as speed, lateral G-forces, throttle, braking and gear selection.

To ensure the application worked seamlessly, Conjure needed to engage with a test partner that could accommodate field testing within a moving vehicle, alongside checks across multiple Android and iOS devices.

Zoonou set about creating a test plan including detailed test scripts for each component of the application. These test scripts ensured the test effort was measurable, traceable and repeatable, and allowed Zoonou analysts to verify that the application met the requirements defined by JLR.

Unlike standard mobile apps, ReRun had to integrate with a GoPro and the F-Type’s InControl system, so it was essential that testing was conducted in a moving vehicle. Zoonou test analysts worked closely with Conjure, attending test sessions in a Jaguar, driving around over several test sessions to ensure the app was tested on all the target iOS and Android devices and platforms.

The app has been very well received by both the press and customers and JLR have now commissioned an additional version tailored for their Land Rover vehicles for off-road experiences. The application release was very successful receiving wide coverage in the press from top tier publications such as Forbes and CNET.

The innovative project caught the eye of GoPro who came on-board for a joint PR and marketing campaign increasing exposure for JLR as well as gaining exposure to the already established GoPro developer community. 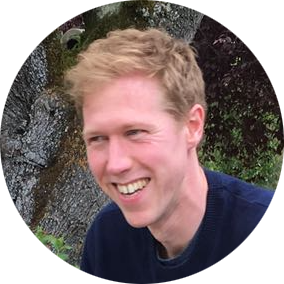 "Zoonou’s findings are always clearly explained and documented with reproduction steps. This is crucial for our developers to address issues quickly and effectively, allowing us to focus on development.

Zoonou were able to provide all the target devices and platforms required and were able to work with us onsite to test the application thoroughly and methodically.”

We've found the right test strategy for over 150 clients.

Take a look at some more of our case studies to see how we helped them.