Operation Apex is a virtual reality (VR) adventure game that allows users to experience an immersive and educational underwater exploration. Controlling an underwater drone you embark on a research mission to take stock of the local marine life.

Following initial launch success in 2017, Curiscope were working towards a substantial update which allowed the game to be played on Oculus Rift and included a new system for moving between the game’s environments.

Challenges for VR projects can be quite different to those for standard applications. Prolonged use can cause discomfort, such as headaches, eye strain and possible motion sickness. Before release, it was essential that testing took place on VR hardware with Zoonou’s manual test analysts to ensure it was functional and engaging for users.

“We approached Zoonou with the task of Quality Assurance testing Operation Apex 1.1 ahead of its release. Zoonou had already impressed us with the clarity of their website, the range of devices they were able to test on and the high standard of the initial communications we had had with them.”

With the required VR hardware already a part of Zoonou’s extensive UK device laboratory, the test analysts conducted manual testing of the game. With a primary focus on working through the missions that form the main gameplay, the testers also scrutinised the wider game environment in pursuit of edge cases to cater for more inquisitive players.

“While we provided Zoonou with a test script, they quite wisely monitored how much information to pass on to the testing team on the grounds that working from a position of unknowing was the best way to recreate the end user experience.”

Due to issues with prolonged use, Zoonou typically executes VR testing in pairs. This isn’t just for comfort reasons though. It also allows analysts to alternate between being the player and an observer of the application while in use.

“All of Zoonou’s results were recorded in an online issue tracker and came through as and when they were discovered. This allowed us to quickly respond to each of them. At the conclusion of the testing, Louis from Zoonou visited our office to ensure that they had achieved everything we’d hoped for.”

The updated game launched successfully on both the Oculus Rift and HTC Vive platforms.

On the partnership with Zoonou, Ciaran O’Connor said:

“Zoonou’s excellent customer service skills are matched only by the high standard of quality assurance testing that they provide. They were not simply content to follow our instructions, instead being clear as to how the game should be tested in order to best find and identify the issues.”

“We were impressed by the thoroughness of the reports we received. They found a number of edge cases that would otherwise have hurt our end product. The testers clearly worked with a keen eye for quality; they would even take the time to record questionable issues and flag them as such. This enabled us to not only respond to the bugs they found, but in places address balancing and usability shortcomings that ultimately improved our release.”

“All in all, Zoonou offer an intelligent service across a wide-range of devices that is tightly focused on what will be best for the end user. Zoonou worked with us to raise the overall standard of Operation Apex above and beyond our expectations of a QA team.” 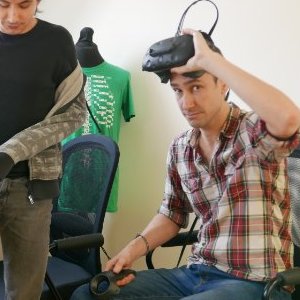 “We enlisted the help of Zoonou who helped us to ensure we put out a high standard, bug free and quality experience.

Zoonou worked with us to raise the overall standard of Operation Apex above and beyond our expectations of a QA team.”

We've found the right test strategy for over 150 clients.

Take a look at some more of our case studies to see how we helped them.